Here you can find out a little bit more about (most of) those who work for SGR, where we've come from and the various routes we've taken to get to where we are today. The page is divided into Staff, National Coordinating Committee members, and Advisors. (The latter two groups are voluntary.) Our Patrons are listed separately. 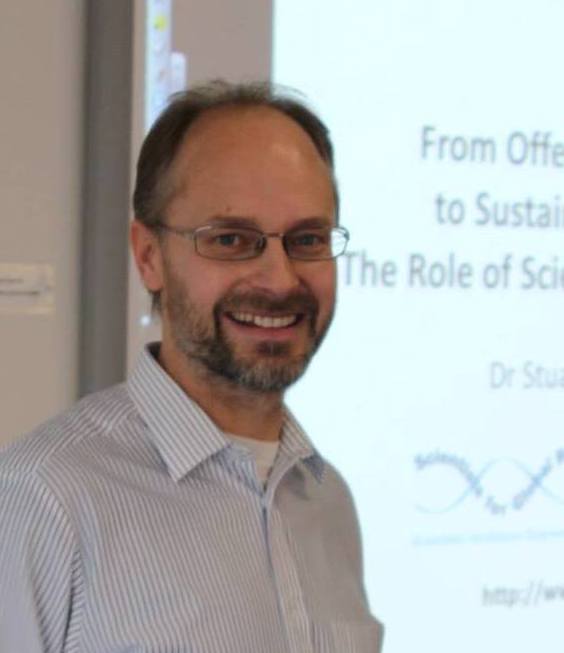 Dr Stuart Parkinson began his career studying for a degree in physics and electronic engineering. During an industrial placement, he worked on military engineering projects, and this caused him to question the ethics of his career path. On completing his degree, he changed direction and enrolled for a PhD in mathematical modelling of global climate change at Lancaster University. After obtaining his doctorate, he worked on a number of voluntary programmes in environmental and social areas, both in the UK and abroad. Stuart then took a postdoctoral post at the Centre for Environmental Strategy (CES) at the University of Surrey, where his research mainly involved work on climate and energy policy, and environmental systems analysis. During this time he became an expert reviewer for the Intergovernmental Panel on Climate Change (IPCC) and provided advice to UK negotiators to the UN climate change convention. He then spent a year working for Friends of The Earth, co-ordinating research and policy work highlighting the link between environmental problems and social injustice.

Stuart became Executive Director of SGR in 2003, having spent the previous five years volunteering on SGR's National Co-ordinating Committee. He is an author/editor of numerous SGR reports, including Soldiers in the Laboratory, Science and the Corporate Agenda, Offensive Insecurity, Shale Gas and Fracking: Examining the Evidence and UK Nuclear Weapons: A Catastrophe in the Making? He is also co-author of a book on the Kyoto Protocol, editor of the SGR Newsletter, and co-ordinator of SGR's ethical careers programme. He has also authored numerous popular science articles and academic papers, and given lectures and presentations to a wide range of audiences.

Andrew Simms has a background in political economics and development studies. In addition to post at SGR, he is also a co-founder of the New Weather Institute, a research associate at the Centre for Global Political Economy, University of Sussex, and a fellow of the New Economics Foundation (nef), where he was policy director for over a decade. During that time, he founded the nef’s work programme on climate change, energy and interdependence, instigated their ‘Great Transition’ project, and ran work on local economies. His books include Ecological Debt – on framing the transgression of planetary boundaries – and Tescopoly. He also co-authored The New Economics and Green New Deal. He writes for The Guardian and broadcasts with the BBC World Service and was described by New Scientist as 'a master at joined-up progressive thinking’. His latest book, Cancel the Apocalypse: the New Path to Prosperity, is a manifesto of new economic possibilities. 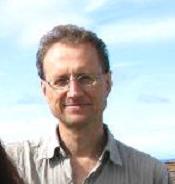 Dr Philip Webber has been Chair of SGR since its creation in 1992 (except for 2001-3). Philip began his career as a physicist and spent 12 years as a research scientist at Imperial College, where he gained his PhD in surface science. From 1981, Philip was active in Scientists Against Nuclear Arms (SANA), one of SGR's founder organisations, and during this period co-authored London After the Bomb, and Crisis Over Cruise. He was one of the organisers of the London Nuclear Warfare Tribunal (1983). In 1990 he wrote New Defence Strategies for the 1990's and took the opportunity to work on positive action through work in the environmental field. He led one of the UK's leading and award-winning environment programmes in Kirklees Council, West Yorkshire up to 2011, where he headed a £6m ($10m) per annum low carbon renewable energy, energy conservation and grants programme. He is currently a director of a not for profit energy company (Yorkshire Energy Services, CIC) and a visiting professor at the University of Leeds working to develop and finance city scale low carbon programmes.

With SGR Philip continues to contribute to material about Trident, new weapons systems, the pervasive influence of the military, and pathways towards a low carbon society. 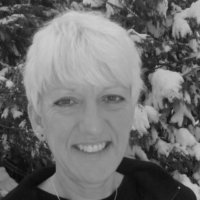 Dr Jan Maskell works as a self-employed Chartered Psychologist and is a registered Occupational Psychologist, helping individuals at work, teams and organisations to achieve their potential. She has worked across all sectors and is currently focusing on not-for-profit and ethical organisations through her consultancy. Her work has included: policy development; designing and delivering assessment and development centres; facilitating events; training; management development and coaching; and she teaches part time at a university on postgraduate programmes. Jan has an MA in training and development, an MSc in occupational psychology and her PhD was in educational research.

Jan's early career was in building design and architecture and she worked on several projects including new Crown and County Courts at Oxford, Leeds and Wood Green. Jan is a resident and member of Lancaster Cohousing, an eco-housing project. She is Chair of the Going Green Working Group which is part of the British Psychological Society's Division of Occupational Psychology that investigates the psychology of environmentally sustainable behaviour in the workplace. 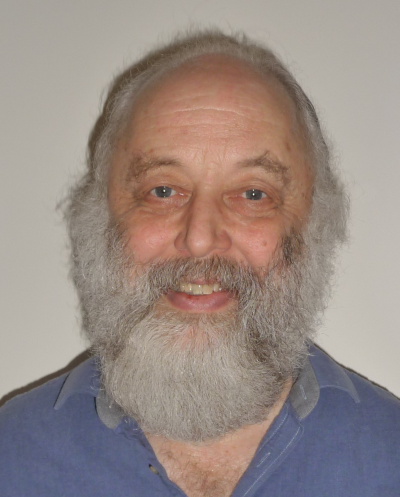 Alasdair Beal is a chartered civil and structural engineer, working for consulting engineers in Leeds.

After graduation (Glasgow) he worked initially on long span bridge design at Freeman Fox and Partners in London before moving to design factories, schools and houses at WG Curtin & Partners. Since moving to Leeds Alasdair has worked on a wide variety of projects, from small domestic to major commercial buildings and has investigated problems ranging from cracks in houses to fires, floods and landslides. A particular area of current interest is work on renovating and converting historic buildings. He has carried out research on various aspects of structural design, engineering and also construction health and safety, with over 30 published papers, including an account of the life of Thomas Young (of Young's Modulus and Young's Fringes).

Before joining SGR, Alasdair was a member of Architects and Engineers for Social Responsibility (AESR) and its predecessor organisation Engineers for Nuclear Disarmament. He has been a member of the Campaign for Nuclear Disarmament (CND) since the 1970s and used to design badges for Leeds CND (including the legendary 'Well-Meaning Guardian Readers Against The Bomb').

Apart from his role as Treasurer, his interests within SGR include nuclear weapons, alternative energy, transport and assisting with editing the SGR Newsletter.

Steve Ballard has a background which includes chemical engineering and systems engineering, as well as change management. He has a particular interest in promoting the compassionate scientific reasoning first elaborated by the philosopher, Immanual Kant.

Dr Dave Hookes is an honorary Senior Research Fellow in the Computer Science Department at Liverpool University. He holds a degree in Natural Sciences and an MSc in Digital Electronic Engineering. Dave has a doctorate in Molecular Biology.

Dave has carried out research into: Molecular structure of bio-membranes; Physics of motile protein mechanisms; Statistical mechanics of membrane transport; Ultra-thin molecular films for bio-sensing; Robot tactile sensing; Computer-interactive physics workstation. He is currently researching: How to save the planet from the threat of global warming; renewable energy technologies; application of ideas from physics to political economy and computer networks; Computer-interactive educational technology.

He was a founder member of The British Society for Social Responsibility in Science (BSSRS) and a member of Scientists Against Nuclear Arms (SANA). 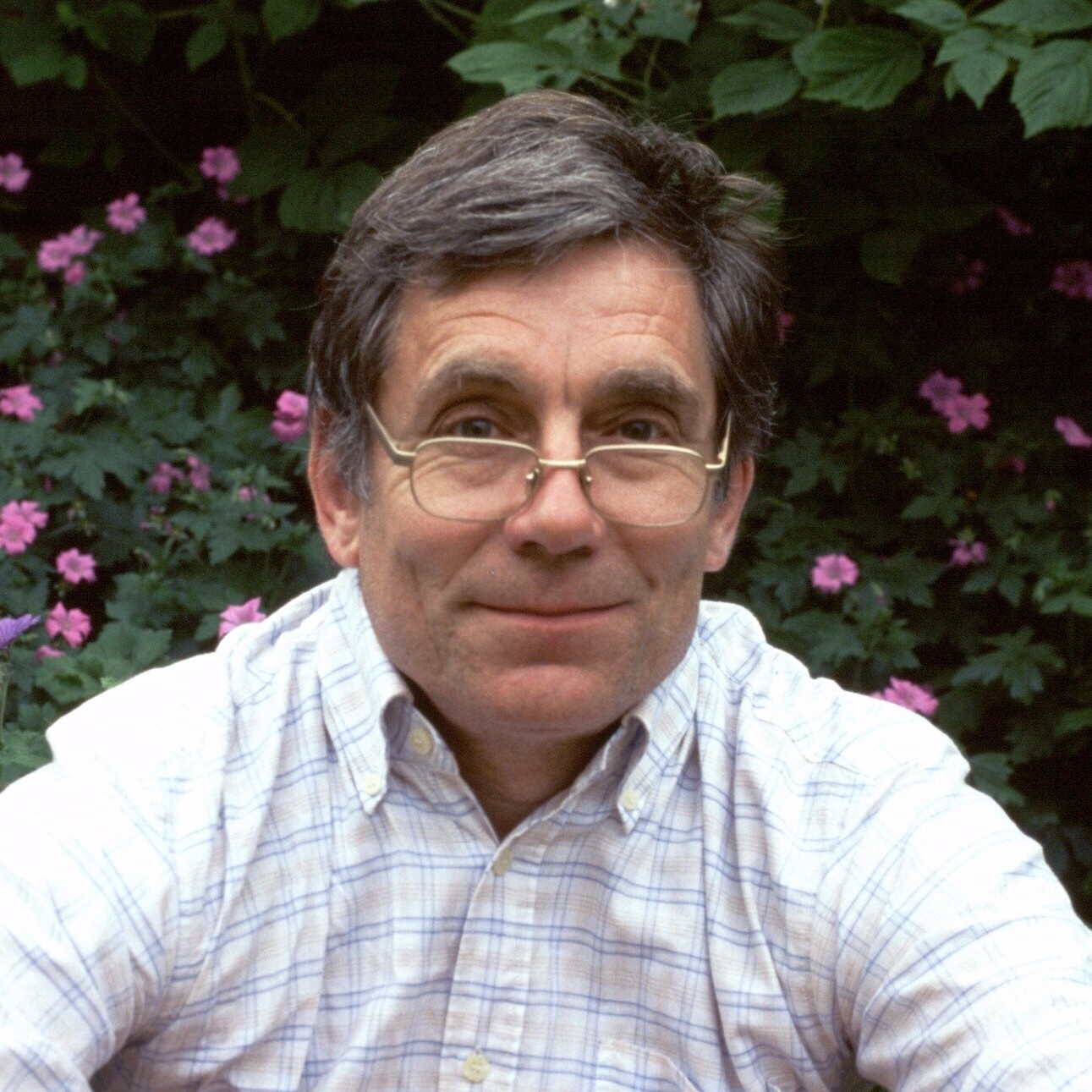 Dr Paul Marchant is a Chartered Statistician, although his PhD from the 1970s is in astrophysics. Research for the doctorate stirred his interest in statistics and so he later studied the subject in its own right. He is something of a statistical generalist and has supported research at Leeds Metropolitan University, being involved in producing a range of publications. He was entered in the UK Universities’ Research Assessment Exercise in 2001 (education) and 2008 (health). He has also been involved in expert witness work and has been member of an MREC (ethics committee) in the National Health Service. He takes an interest in evidence-based policy generally and sees good statistics as essential in separating ‘the wheat from the chaff’. He has served on the Council of the Royal Statistical Society (RSS) and chaired the Leeds and Bradford RSS Local Group.

Simon Reed's professional background is in IT development and corporate change management. He recently completed a masters degree in peace studies, and has a particular interest in researching, documenting and promoting alternatives to war using evidence-based methods that provide better short term and long term benefits. He is also a director of Conscience: Taxes for Peace not War, which campaigns for less spending on militarisation and more on peace-building initiatives, and a trustee of the Institution of Analysts and Programmers.

Dr Gillian Smith has a background in the physical sciences, materials engineering and renewable energy systems, working mainly in the power industry. In particular, she spent 18 years working in wind energy consultancy.   Throughout her career, she has sought to avoid military work and follow a more positive direction.

Gwen Harrison is a freelance climate change and sustainability researcher, and is lead author of the SGR report, Shale Gas and Fracking: Examining the Evidence.

Gwen has an MSc in Petroleum Geology from Imperial College and, more recently, an MSc in Applied Carbon Management from the University of Glasgow. She has worked in environmental consultancy for over 10 years and now carries out research for public and third sector organisations and businesses on issues relating to climate change mitigation and adaptation. She actively campaigns on a range of environmental, social and community issues, and is a member of the Green Party.

Gwen was a member of SGR's National Co-ordinating Committee from 2015 to 2017. 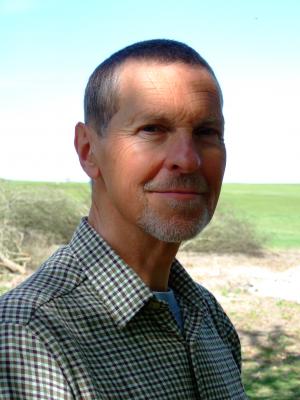 Dr Chris Langley worked as SGR's Principal Researcher from 2003 to 2009, with his main focus being the issues of military and corporate involvement with science and technology. He is the author/ lead author of several SGR reports, most notably Soldiers in the Laboratory and Science and the Corporate Agenda.

Chris is a freelance consultant and writer (operating as ScienceSources) and has undertaken a variety of projects for non-profit organisations in Europe and North America. He has more than 20 years experience as a science communicator and facilitator for both lay and academic audiences. His first degree is from University College London in physiology and neurobiology and a PhD from the University of Cambridge where he also held a post-doctoral research post in neurobiology. He has held senior posts as Communications Manager, at the Leverhulme Trust and was Head of Information Services at the Novartis Foundation, during which time he established the Media Resource Service which widened and improved the access to science, medicine and technology for those working in the media throughout Europe. He was science advisor to the University of Cambridge, for National Science Week in 1999-2000.

Chris has made numerous presentations and given invited lectures on science communication, ethical science and the military influence in science, technology and engineering. 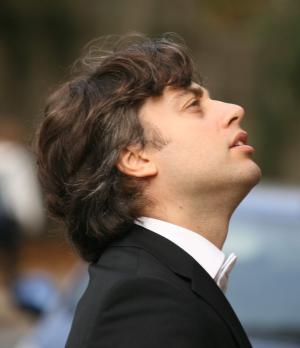 Harry Tsoumpas obtained his doctorate from Imperial College London, in 2008. His main research interest focuses on positron emission tomography in biomedical imaging. His degree is in physics and he also holds a masters degree in the field of biomedical engineering. At the moment, he is a lecturer at the Division of Biomedical Imaging at the University of Leeds and Lead for Enterprise & Innovation for the Leeds Institute of Cardiovascular & Metabolic Medicine.

Harry joined SGR initially as student representative of SGR in 2006 promoting the spirit and beliefs of SGR to several student groups and individuals across the country. He served as Secretary from 2008 to 2016.