Skip to main content
Are the UK’s professional science organisations putting their money where their mouths are?

Dr Liz Kalaugher details progress on SGR’s latest investigation into the financial links between professional bodies and the fossil fuel and arms industries.

In October 2019, a Sunday Times headline read “Royal Society urged to ditch £16m fossil fuel investment” following publication of the Scientists for Global Responsibility report Irresponsible Science? How the fossil fuel and arms corporations finance professional engineering and science organisations. This report examined numerous professional bodies and uncovered high levels of financial ties with the fossil fuel and arms industries through school education programmes, event sponsorship, corporate membership schemes and investments. SGR then called on the professional organisations to cut these ties. Indeed, the Royal Society had declined to provide SGR with details of how much of its approximately £200m of investments were held in fossil fuel companies until The Sunday Times intervened. [1]

The following month, the BBC News website reported that SGR patron Prof Bill McGuire had resigned his fellowship of the Geological Society after 40 years as a member in protest at the Society’s links with oil firms. “Geologists know more than anyone how suddenly an apparently stable climate can dramatically shift, with massive consequences,” McGuire told the BBC. "The society shouldn't be accepting sponsorship from these firms and cosying up to them. It's madness." [2]

But did this public scrutiny make the Royal Society and Geological Society change their ways? And, following a period in which many eyes were on the UK as it co-hosted the COP26 climate negotiations, have similar organisations acted in line with the science? With that in mind, SGR picked up the reins and began a follow-up programme to check if the professional science and engineering organisations featured in its 2019 report had made any progress. In some cases, we were pleasantly surprised – in others, not so much.

Of the 20 institutions the original report investigated, 15 held investments. At the time, only two had ethical investment policies relevant to climate change – the British Psychological Society, which completely excludes the fossil fuel industry, and the Institution of Civil Engineers (ICE), which calls for its fund managers to be compatible with UN Principles for Responsible Investment (PRI). SGR has concerns, however, that whilst these six principles offer a menu of possible actions for incorporating environmental, social and governance issues into investment practice, they don’t actually disqualify fossil fuels from investment. [3]

When SGR followed up, we were encouraged to find that six of the professional organisations had made changes to their ethical investment policies and practices. As a result, just over half – eight of the 15 institutions with investments, including the Geological Society – now have some form of investment policy or practice relevant to fossil fuels. What’s more, a ninth had initiated a process to create such a policy. It is of course hard to tell how much of this change is due to SGR’s report and the accompanying media attention but we think that we added to the pressure significantly.

The changes we discovered are as follows. The Royal Meteorological Society has stopped investing in fossil fuels, and in the annex to its 2020 accounts, [4] says that “the ethical policy in place does not allow direct investment in tobacco or fossil fuel providers”. The Geological Society has now excluded the highest carbon-emitting fossil fuels – thermal coal and tar sands – from its investments in a formal policy. However, in correspondence, the Society told SGR it is not currently investing in any fossil fuel corporation – although it doesn’t rule this out in the future. The Institute of Materials, Minerals and Mining (IOM3), meanwhile, doesn’t have a policy but holds its investments in a fund that avoids thermal coal and tar sands. The Energy Institute, the Institution of Engineering and Technology (IET), and the Royal Academy of Engineering have also all introduced some form of fossil-fuel relevant investment policy. The Energy Institute presses those it invests in to align with the goals of the Paris Agreement, while the IET has an environmental, social and governance policy, and the Royal Academy of Engineering asks for compatibility with the UN PRI (like the ICE). So, although there has been significant progress, only two of these six institutions have completely excluded fossil fuel corporations from their investments – and one of these may be temporary.

Perhaps the most striking finding was that the Royal Society, despite the adverse publicity, has still not introduced an ethical investment policy for its total investments of roughly £234m. [5]  In a letter to SGR, the organisation claimed to be waiting for the outcome of the Charity Commission’s consultation on the responsibilities of trustees regarding investments before changing its policy. This seems rather bizarre, especially as numerous other professional organisations have felt able to bring in ethical investment policies. The Royal Society also said “we all need to work towards reducing our reliance on fossil fuels, and that includes encouraging energy companies to invest in technologies that can help us to reach net-zero by 2050”. However, it gave little detail on how it is carrying this out.

The Institute of Physics (IOP) is engaged in an internal process to develop an ethical investment strategy. On the IOP’s webpage on physics, climate change and sustainability, set up before COP26, [6] the Institute says that it is “reviewing our investment policy with a view to better using our financial resources to combat climate change”. When SGR asked for an update, the IOP said that it has made “good progress with our investment advisors” and that its Council has decided to consult the membership on “some of the thoughts and definitions that would sit at the heart of any policy”.

SGR also investigated whether selected scientific professional bodies have made any progress on developing environmental policies or reducing their own greenhouse gas emissions. The IOP already has an environmental policy, while the Geological Society plans to introduce one by the end of 2022. Both organisations have started measuring their own carbon footprints. The IOM3 has signed the Professional Bodies Climate Action Charter,[7] which binds it to taking rapid action to reduce its own emissions in line with the 1.5°C Paris target. The IOM3 told SGR it has set a greenhouse gas emissions target of an almost 60% reduction in its Scope 1 and 2 (core) emissions by 2030. The Royal Meteorological Society is a supporter of the Charter and in October 2021 committed to achieving net zero Scope 1 and 2 carbon emissions by 2025, “where there is direct control through avoiding, reducing and substituting” and is also “working towards net zero indirect emissions (Scope 3) by 2030, subject to a full feasibility assessment”.

The Royal Society did not tell us of any plans in this area and we were unable to find such plans or an environmental policy on its website.

The Energy Institute has also signed the Charter whilst the IET and EngineeringUK are ‘supporters’, indicating that they are either in the process of signing or cannot sign for technical reasons. SGR has reason to believe that another professional organisation is in the process of applying to sign thanks to encouragement from SGR.

…and with the arms industry

The IOP does invest in and take sponsorship from arms companies. We were able to ascertain the details of 43% of the IOP’s investments at December 31st 2019, and 1% of these were in arms companies, meaning a total investment by the IOP of approximately £95,000 in this industry. The IOP told SGR that “Your note makes reference in a few places to sponsorship and involvement of IOP activities from companies in the defence sector. As the Learned Society and Professional Body for physics a core part of our mission is to support both the discipline and physicists across all of the sectors that they work in, and that includes the defence sector. So I hope you can understand that we would not be fulfilling our remit if we were to exclude that sector from our programmes of work.” This response clearly side-steps serious questions of whether the IOP should, for example, take arms industry sponsorship for events and educational activities or invest in arms companies, given their poor ethical record. As mentioned above, the IOP Council has decided to consult its membership on its new investment policy, so SGR will be encouraging ethically concerned members to engage with this.

For the updated case study reports and the specific responses of the professional bodies to date, please see our website. [8]

In the next stage of our work, we are encouraging members of these scientific professional institutions to write letters to their membership magazines regarding their financial links to the fossil fuel and arms industries. We already have volunteers; please do contact me if you would like to join them. We’re also preparing further case study reports – especially on UK professional engineering bodies – regarding both their fossil fuel and arms investments.

And on 1st June 2021, we took the project international, thanks to generous funding from the ClimateWorks Foundation and we’re looking at the fossil fuel industry connections of professional bodies in the US, Europe and elsewhere. Watch this space for reports on our progress.

So, in answer to my original questions on whether public scrutiny has made professional bodies change their ways, it seems that it has. The Royal Meteorological Society and the Geological Society have joined the British Psychological Society and seven medical professional organisations in not holding, or being in the process of divesting from, fossil fuel investments. Although the Geological Society may take a step backwards, pressure from the public and from members could prevent this. The IOM3 has also excluded the highest-carbon fossil fuel industry links. Meanwhile, three bodies no longer invest in the arms industry. Overall, more than half of the professional science and engineering organisations in our original report now have some form of responsible investment policy with more on the way. The most prominent laggard is, however, the Royal Society. Clearly, we need to keep on pushing so that it and others turn away from the dangerous fossil fuel and arms industries.

How you can help

[3] Indeed, a 2020 report by the campaign group ShareAction on investment managers cautions that signing up to initiatives such as the PRI or Climate Action 100+ does not always correspond with having a fit-for-purpose responsible investment approach. See: https://shareaction.org/wp-content/uploads/2020/06/ShareAction-Climate-Report-III-Final.pdf

[8] The latest reports and responses can be found at the bottom of the page at: https://www.sgr.org.uk/publications/irresponsible-science 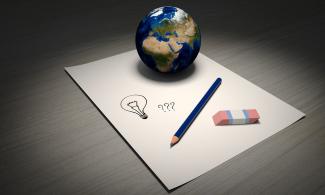