Skip to main content
Cars and climate change: the need for more ambition

Ahead of the next global climate talks in Poland, Prof John Whitelegg, Liverpool John Moores University, argues that major reductions in transport pollution are only achievable if we set our sights beyond electric vehicles and driverless cars.

In the recent Budget, the UK government announced huge spending of £29 billion for roads. [1] This comes on the back of a recent rise in the greenhouse gas (GHG) emissions of UK cars – in contrast to falling emissions in most other sectors of the economy. [2] It is clear that the government does not take the issue of pollution from cars seriously enough.

Decarbonising passenger road transport has been heavily researched especially in Sweden under the ‘Fossil Fuel Free’ policy discussion and in Germany in many publications by the Wuppertal Institute for Climate, Energy and the Environment. The conclusion from such work is that there is no significant technical or financial problem in totally decarbonising land transport. While the focus of UK government policies tends to be on improving vehicle efficiency – at which it is not doing well – there are actually larger gains to be made from ‘modal shift’ – a wholesale move away from car transport. The problem is a lack of will on the part of politicians to try to implement ‘joined-up’ policies that have a proven impact on reducing GHGs from the transport sector. The measures and interventions that will reduce GHG emissions from cars by 100% were set out in a report which I co-wrote for the Stockholm Environment Institute back in 2010. [3]

Despite this evidence, the UK’s central and local government continue to push forward with extensive road-building projects. Most local authorities are implementing or have recently implemented road schemes, including the Hereford Western Bypass, the Heysham M6 Link Road, the Shrewsbury North West Relief Road and the Port of Liverpool Access Road. These will increase traffic volumes and GHG emissions – as demonstrated by the robust scientific evidence presented in the 1994 SACTRA report which concluded that new roads generate new traffic. [4]

The UK is remarkable in its dismissal of best practice in decarbonising land transport, including cars. The performance of the city of Freiburg in southern Germany is a compelling example of what can be achieved. Through a consistent, funded, co-ordinated transport strategy over at least three decades, Freiburg has reduced car use to 21% of all trips every day and increased bike use to 34% (see figure 1). [5] In a typical UK city – e.g. Liverpool – approximately 2% of all trips every day are by bike and approximately 55% by car. Fundamental GHG reduction in the transport sector can only be achieved by modal shift away from the car on the scale already achieved in Freiburg and many other German, Dutch, Swedish and Danish cities.

Figure 1 – Breakdown of journeys in Freiburg by transport mode, 2016

It is also important to question some of the perspectives commonly presented in this area [6] – especially related to the costs of driving, driverless cars and electric vehicles:

John Whitelegg is a Visiting Professor, at the School of the Built Environment, Liverpool John Moores University. 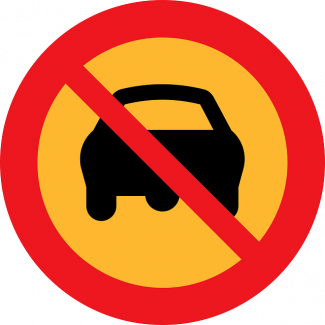