Prof Andrew Watterson, University of Stirling, assesses key academic research published in 2016 on the risks of fracking to public health.

The public health impacts of hydraulic fracturing, or fracking, in the UK and elsewhere are constantly under review. This article summarises the findings of 17 peer-reviewed scientific papers and a report published in 2016. Month by month scientific publications reveal both problems and ignorance about what fracking and related processes can or may do to public health. Well-documented, well-referenced and regularly revised fracking reports from organisations like Physicians, Scientists and Engineers for Healthy Energy (based in the USA) and Medact (based in the UK) already provide a large and broad body of evidence on public health, global climate change and economics. The papers discussed in this article identify recent research on public health threats and data gaps that support the need for precautionary and prevention principles at community, village, town, region, nation and global levels to protect public health.

UK industry and regulators argue water pollution problems from fracking in the USA (and elsewhere in the world) will not happen here because our drinking water comes from different sources to many American water supplies – and water pollution from fracking was never significant anyway in the USA, and has already been fixed by industry even if it was. As evidence, the 2015 draft report of the US Environmental Protection Agency (EPA) on fracking and drinking water resources has often been cited. The EPA report has, however, been challenged. In January 2016, the EPA’s own Scientific Advisory Board (SAB) produced a very detailed critique and concluded evidence was lacking to support the EPA claim of no widespread and systematic impacts on drinking water from fracking.1 The SAB found regional impacts had not been considered, the water systems – whether ground water or surface water – had not been adequately described; terms such as ‘proximity’, ‘widespread’ and ‘systematic’ had not been defined; baseline data were missing; chemical toxicity and hazard information relevant to fracking were missing; and fracking fluids and flow-back water had not been separately identified. These flaws mean fracking does not have a clean water pollution record despite UK claims to the contrary.

A European review of water use and unconventional gas extraction (UGE) published in October 2016 identified pressing challenges on regulating shale gas development, on regulating surface water issues, on groundwater and underground injection and on waste water management.2 European Parliament enquiries revealed existing treatment plants were ill-equipped to treat hydraulic fracturing waste water and might discharge pollutants into rivers and streams. Also, there was uncertainty about fracking impacts because of the potential for aquifer contamination from flow-backs from wells and worries European minimum principles might not be sufficient to regulate activities in specific countries. Post-Brexit, these may be major UK concerns.

In California, treating water produced by fracking and removing fracking chemicals remain problematic. Researchers found data are still missing on 24 of 193 fracking additives.3 Chemicals of particular concern included formaldehyde polymers, acrylic acid polymers and surfactants. Their chemical fate remains unestablished. Also, researchers investigated the oral toxicity of 1173 chemicals in fracking fluids and 134 chemicals in flow-back and produced waters in the US concluding “the lack of chronic oral toxicity values for many these chemicals highlights the significant knowledge gap that exists to assess the potential human health hazards”.4 Another study5 examined two specific fracking fluid components (2-butoxyethanol and furfural) and their treatment, finding that these chemical additives might migrate through shale formations and into water resources. Glutaraldehyde has also been the focus of US research linked to fracking chemical changes ‘downhole’.6 The biocide had limited time to control microbial activity in various shales, and could return to the surface through flow-back and produced water in cooler, more acidic, and saline shales along with its aqueous transformation products.

In Texas, fracking operations near abandoned and converted oil and gas wells have emerged as a potential risk to groundwater.7 These risks were relatively unknown because few studies had investigated probable ‘frack hits’ on abandoned wells. Again, there is evidence of potential public health threats in the context of “upward leakage into overlying aquifers, provided migration pathways are present along the abandoned well”.

Fracking worker health and safety has been very neglected with US calls for more work on reducing occupational exposure to chemicals.8 Modelling worker exposure to flow-back water reveals low estimates of exposure to most flow-back chemicals but benzo (a) pyrene and heptachlor exceeded the significant one-in-a-million threshold.9

Researchers have confirmed the presence of elevated benzene and benzene-related compounds levels in the air in areas where fracking occurs.10 The results present an issue for residential communities: “sensitive populations (children, pregnant women, elderly, immunocompromised) and occupational workers are at increased risk for adverse health effects from elevated atmospheric levels of benzene[s] in residential areas with unconventional shale extraction and processing”.

Very little is known about sorption, transformation, and interactions of many fracking fluids and oil and gas wastewater constituents in the environment.11 Fracking chemical spills on agricultural topsoil and their biodegradation and sorption – particularly poly (ethylene glycol) surfactants which could interact with the biocide glutaraldehyde – are not well understood. Hence co-contaminant effects need to be considered when evaluating the risks to the quality of agricultural soils (and therefore crops) and groundwater. Contamination in either medium could obviously impact human health.

27 streams in Pennsylvania were tested for fracking and flow-back fluids because possible mismanagement of flow-back might be a significant threat to surface water resources.12 There was evidence that “flow-back fluids can reach nearby streams through leaking wastewater hoses, impoundments, and lateral seepage and blowouts, as well as by backflow into the wellhead”. The study found little past research determining effects on aquatic biodiversity and contaminant bio-magnification but their new results suggested fracking had the potential to change aquatic biodiversity and methyl mercury concentrations at food web bases. Mercury occurs in most reservoirs where UK natural gas is obtained so a mercury pollution threat exists here from similar aquifer contamination and could possibly involve human health impacts too.

Research on what if any health impacts might result from fracking, and the related process of coal bed methane (CBM) extraction, therefore continues to be highly complex and compounded by this worldwide lack of comprehensive knowledge about potential pollutants and pathways.

All-age hospitalisation rates over at least 15 years in a CBM area of Australia in an exploratory ecological study were compared with a coal mining and a rural/agricultural area.13 The CBM area showed no significant increases in specific hospitalisation rates compared to the other two areas but showed hospitalisation rate increases compared only to the rural area for neoplasms and blood/immune diseases. There were indications that “certain hospital admissions rates increased more quickly in the [CBM] area than in other study areas, particularly the rural area, after adjusting for key sociodemographic factors”.

A systematic review of associations between oil and natural gas extraction processes and human reproduction examined 45 research papers.14 It revealed “moderate evidence” of “an increased risk of preterm birth, miscarriage, birth defects, decreased semen quality, and prostate cancer”. Evidence was low, inadequate and/or inconsistent for a range of other health effects. The researchers observed: “few studies have been conducted to evaluate the impact of unconventional oil and gas operations on human health. The impact of unconventional oil and gas activities may be greater than that of conventional activity, given that unconventional activities employ many of the same approaches and use dozens of known endocrine-disrupting chemicals in hydraulic fracturing”.

A large US study of 35,508 patients with asthma in Pennsylvania found “residential UNGD [unconventional natural gas development] activity metrics were statistically associated with increased risk of mild, moderate, and severe asthma exacerbations” but noted “whether these associations are causal awaits further investigation, including more detailed exposure assessment”.15The Lancet noted that information about which fracking stage was associated with which data and observations about the lack of respiratory epidemiology studies of fracking complicated by little regulation and rapid fracking development.16  Another large US study with 7,785 participants found evidence “UNGD is associated with nasal and sinus, migraine headache, and fatigue symptoms in a general population representative sample”.17

In addition, one non-peer reviewed report from the University of Bergen looked at the neglected issue of social and psychological factors and negative impacts of fracking plans in Lancashire.18

In conclusion, fracking emerges from all these studies as an industry not fully researched with many gaps that regulators cannot currently monitor and with a plethora of serious potential public health risks.

1.     USA EPA (2016) SAB Review of the EPA’s draft Assessment of the Potential Impacts of Hydraulic Fracturing for Oil and Gas on Drinking Water Resources. http://tinyurl.com/jyho32p

18.  Szolucha A (2016) The Human Dimension of Shale Gas Developments in Lancashire. University of Bergen. http://appgshalegas.uk/wp-content/uploads/2016/05/The-Human-Dimension-of-Shale-Gas-Developments-in-Lancashire.pdf 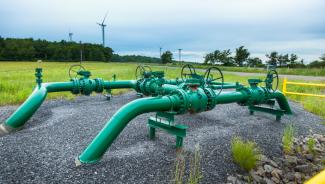