A very fine line separates alarmism from what a risk expert colleague of mine likes to refer to comically as Compulsive Risk Assessment Psychosis (CRAP) - scaremongering as it is otherwise known. This distinction applies to global heating and ensuing climate breakdown as much as anything else; probably more so given the imminent and desperately serious ramifications of the climate emergency. My concern, however, is that – up until now at least – the message reaching the ears of both the great and the good, and the general public, is simply not alarmist enough. We have alarms for a reason, after all, they save lives. What I mean by this is that it doesn't set the alarm bells ringing about just how bad things could get as hothouse Earth becomes an ever more likely reality.

In other words, the picture that people see and take on board, of what a broken climate will look like, is not complete. It ensures that the general view of the global heating threat is watered down, one that fails to encompass scenarios involving more deleterious impacts on society. In so doing, a sense of false security is engendered and the 'call to arms' to tackle global heating, diminished.

The problem can be traced to the very top. The Intergovernmental Panel on Climate Change (IPCC) undoubtedly has done vital work in building understanding and appreciation of the global heating threat, flagging likely future scenarios, and signalling what needs to be done, and how quickly - to stave off the worst of climate breakdown. Without it we would already be in a very dark place indeed. But there are downsides too.

The IPCC's periodic reports are conservative and compiled to reflect a broad consensus. This means that they fail to address global heating and climate breakdown scenarios that, although currently regarded by the climate science community as less likely, are – nonetheless - perfectly possible. Because the IPCC reports form the climate bible that drives news stories in the press and broadcast media, this incomplete picture is – inevitably – the one pitched to the public.

The blame cannot, however, be placed at the door of the IPCC. Every report it publishes is scrutinised line-by-line by representatives of all 197 nations and groupings signed up to the 1992 UN Framework Convention on Climate Change (UNFCCC). These include the United States, Australia, Saudi Arabia, Russia and others, who have a history of playing down the climate emergency. As a matter of course, objections are raised to any elements of the text that such signatories regard as pushing too far the envelope of what global heating and climate breakdown might bring. As a consequence, much peer-reviewed climate change science fails to make the reports and, as a consequence, goes largely unnoticed by most of the media and the public.

Nowhere is this more clearly demonstrated than in the area of future sea-level rise. In its 2019 Special Report on the Oceans and Cryosphere (SROCC)1, the IPPC's worst case likely range for sea-level rise by the period 2081-2100 is 51 – 92cm, with a figure of up to 110cm provided for 2100. In stark contrast, peer-reviewed research, not addressed in the report, forecasts that more rapid break-up of the West Antarctic Ice Sheet could see global sea levels 292cm higher by the end of the century2. Such an order of rise is supported by polar ice melt doubling times at the lower end of the 10-40 year range3 and by a tripling in the rate of Antarctic ice loss between 2012 and 20174. If maintained, such a tripling time of five years would see sea level climbing by around 5cm a year by the mid 2040s.

Another possible consequence of global heating that is underplayed in the IPCC reports is the collapse of the Gulf Stream and associated currents – known in oceanographic circles as the Atlantic Meridional Overturning Circulation (AMOC). In the aforementioned 2019 SROCC report, the IPCC recognises that '…the AMOC has weakened relative to 1850-1900....' but that there is '….insufficient data to quantify the magnitude of weakening...' or to '...properly attribute it to anthropogenic forcing.' The report goes on to say that the '….AMOC is projected to weaken in the 21st century....although collapse is very unlikely.' Other research, reported in a range of peer-reviewed papers is, however, more worrying. The strength of the AMOC has declined by 15 percent since the mid-nineteenth century and is now at its weakest for 1500 years and probably since it last collapsed 11,500 years ago5,6. Shutdown, should it occur, could happen extremely rapidly, perhaps over the course of just a year or two, leading to major cooling of the North Atlantic region and serious knock-on effects on sea level and weather patterns.

In it's 5th Assessment Report, published in 20147, the IPCC notes that '...it is very likely that heat waves will occur with a higher frequency and duration.' It does not, however, say anything about the terrifying prospect of so-called humid heat waves. These arise when the wet bulb temperature – a measure of the combination of heat and humidity – reaches 35°C. Such conditions, if sustained, are unsurvivable, so that even a fit and healthy human in the shade has only about six hours to live. The required combination of heat and humidity has not been encountered in modern times, but the conditions were almost met in parts of Iran in July 2015. Looking ahead, the second half of the century is forecast to see humid heat waves affecting the Ganges and Indus valleys of South Asia8, the Persian Gulf and China. Most at risk is the North China Plain, where widespread irrigation is predicted to contribute to the occurrence of humid heat waves later this century that could affect up to 400 million people under a business as usual emissions scenario9.

Other elements of global heating and climate breakdown research are omitted from IPCC publications too, or at least soft-peddled. The key question then, is how can this information be made generally available and how can it's profile be raised so as to present a more complete picture of what a hotter world might look like. Unfortunately, there does not seem to be an easy solution. One way forward might be for the IPCC to openly acknowledge the existence of relevant and important peer-reviewed research that supports non-consensus findings, and to publish this material in addenda to the main reports. This would, or course, require the agreement of the signatories of the UNFCCC, which is likely to prove difficult, if not impossible.

Another way forward could be the establishment of an independently-vetted, non-political website, perhaps validated by national academies of science, on which peer-reviewed research findings not included – for one reason or another – in IPCC publications, could be lodged.

Building a more complete picture – for both stakeholders and the public - of what global heating and climate breakdown could mean, would also benefit from more climate scientists sticking their heads above the parapet and saying in public, what they currently reserve for private conversations. Many climate scientists clearly have an issue with telling it like it is, as high-lighted in a recent analysis10.

This showed that later observations of the climate system (e.g. ice extent and sea-level rise) were typically worse than earlier predictions made by climate scientists, and that key climate indicators were often underestimated. The study also unearthed a general feeling within the climate science community that it needed to give the impression of univocality – speaking with one voice – and a consensus outlook. The analysis also revealed that – when the world is watching - climate scientists worry about how they will be perceived. Taken together, all this means that most researchers working on global heating and climate breakdown tend to play down worst-case scenarios, thereby presenting an unrepresentative picture of their impacts and consequences. What the climate science community should be doing is not making consensus a goal. If it exists, it will emerge in its own right. If it doesn't, then clear differences of opinion need to be acknowledged and clarified. The time for sweeping inconvenient research findings under the carpet and keeping heads down for fear of reputational damage or derision are long gone. We all have a right of access to the complete picture of the world our children and grandchildren could inherit. Failing to provide this may well mean that the actions we take in this critical decade fall short of what is needed to avoid catastrophic, all-pervasive, climate breakdown.

1 IPCC 2019, Special Report on the Ocean and Cryosphere in a Changing Climate. https://www.ipcc.ch/srocc/ 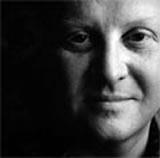