Skip to main content
Research and the public good

The third Martin Ryle lecture, organised by the Martin Ryle Trust and Conway Hall Ethical Society at Conway Hall, London, marked the centenary of the birth of Martin Ryle. The Trust’s chair, Philip Webber, opened the meeting with a brief introduction to Ryle’s work on the responsibility of the scientist, to the work of the Trust and to the 2018 Martin Ryle lecturer.  Paul Nurse is a geneticist and the director of the Francis Crick Institute, the largest single biomedical laboratory in Europe.

An organising theme in Nurse’s thought about research is its division into three sectors - discovery research, translational research and applied research.  He became a leading scientist in the discovery sector by studying the genetic control of cell division.  It has long been obvious that this is potentially important for cancer research, and Nurse has been central in all three of the mentioned sectors.  Nevertheless, it was clear from his lecture that discovery research was his first love and it has remained so, even as he moved into directing and policy roles in all of the research sectors.

Applied research at the other end of the spectrum is aimed at achieving specific outcomes.  Choosing objectives well requires an understanding of the beneficiaries’ needs.  And the relevant knowledge base must be sufficiently well developed so that development of the application is generally foreseeable.

Between discovery research and applied research lies the ‘valley of death’.  Usually the focus is directly on research to bridge that gap but attention is also required on pushing the bridgeheads further out into the valley.  Attempts to translate should not be premature, that is, before knowledge is sufficiently reliable.

The Crick Institute, housed in a new building in central London and informally known as Sir Paul’s cathedral, has 1500 staff and 1250 scientists.  Close international collaboration is important to it and to Paul Nurse’s ideas.  Small wonder then, that Nurse is exercised about Brexit: “Artificial barriers which reduce permeability or mutual respect between the different parts of the system, such as Brexit for example, about which I have strong views, should be resisted, as they reduce the effectiveness of the research system – both to produce knowledge and for the effective applied use of that knowledge.”  The UK was at the bottom of the G7 for investment in research and he thought this would likely be eroded by Brexit.

Throughout the lecture Nurse emphasised the unpredictability of research, especially of discovery research, and asserted that some chaos and anarchy is a useful catalyst for creativity.  In a provocatively over-the-top analogy he quoted a well-known remark by the character Harry Lime in The Third Man to the effect that the mayhem of the infamous Borgia period was more creative than 500 years of peace in Switzerland.  My own difficulty with this joke was not so much the war versus peace issue but the representation of Swiss scientific creativity (think Euler, Einstein, high temperature superconductivity, scanning tunnelling microscope, etc).

War and peace led naturally on to the problem that research results might have bad consequences.  In Paul Nurse’s view this should not inhibit discovery research.  Attention should be focused instead on the applications end of the research spectrum, where the objectives of the research are clearer.  The question then arises - what checks can best avoid turning knowledge into applications that are not for the public good?  Paul Nurse’s answer is an effective, healthy democracy.  By a healthy democracy, he means a political system that encourages debate, is open and tolerant of a range of opinions and transparent in its workings.  “Such a system allows difficult and complex situations which arise from increased scientific knowledge to be properly discussed”.

There followed a Q&A session.  Here is a brief summary of a few of them -

Q: What can we do about lack of development of new antibiotics?

A: Public intervention in the private market is needed, for example public/private partnership; also improved regulation of antibiotic use.

Q: What can be done about the government not understanding science?

A: Scientists need to be more engaged with politicians – not only when asking for funds.

Q: Why is the Royal Society so keen on fracking when it is supported by less than 20% of the public?  Isn’t that undemocratic?  And the report ignores carbon footprint.

A: Their report says it is safe – but only in certain circumstances.

Q: What do you think about full open access to scientific publications?

A: If various bodies agree then scientists will have no choice. In principle it is good but there will be collateral damage. Small publications will lose their only income.

In summary, over 100 participants took part in a lively discussion following a wide-ranging exposition of Nurse’s views on the practice and organisation of scientific research. Sir Paul ended his lecture with “Lucky is he who has been able to understand the causes of things” (Virgil) and avowed himself lucky indeed. 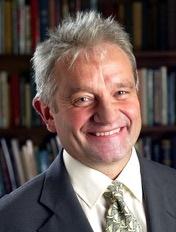