Skip to main content
Air pollution: one of the greatest health challenges of our time

As the UK government chooses World Environment Day to announce plans for a third, polluting runway at Heathrow Airport, and new reports point to air quality worsening internationally, May van Schalkwyk and Emer O’Connell look at the global public health crisis of air pollution, and the key steps needed to tackle it.

Article from SGR Newsletter no.46; published online with an update: 5 June 2018

The scale of the problem

Pollution is one of the most important public health challenges of the 21st century and, despite marked progress in policy and technology over the past decades, it continues to threaten the health and prosperity of populations across the globe.[1] Pollution is responsible for three times more deaths than the combination of those due to AIDS, Tuberculosis and Malaria and 15 times more than is caused by wars and others forms of violence.[1] While many populations experience exposure to harmful levels of pollution, the health burden falls disproportionally on the poor and vulnerable. Pollution-related disease is most prevalent among minorities and the marginalised in all countries,[1] exacerbating inequities and injustices.

Air pollution (ambient/outdoor and household) is a major contributor to this concerning picture, with 3 million and 4.3 million deaths annually being attributable to ambient and household air pollution, respectively.[2] In the European region (as classified by the World Health Organisation), exposure to particulate air pollution is estimated to reduce the life expectancy of every individual by an average of nearly 1 year, primarily due to the increased risk of cardiovascular and respiratory diseases and lung cancer.[3] In the UK, the impact of exposure to particulate air pollution in 2008 was estimated to be equivalent to almost 29,000 deaths at typical ages and an associated loss of population life of 340,000 life years lost.[4] To put these figure into context, household exposure to second-hand smoke has been estimated to account for 10,700 deaths in the UK.[5]

Unless aggressive interventions are implemented, the number of deaths attributed to ambient air pollution globally are predicted to increase by over 50% by 2050.[6] The drivers of air pollution are complex and policy solutions are not straightforward. However, the dividends from policy solutions that are designed to maximise other health benefits whilst reducing the direct burden from air pollution provide an important opportunity.

What is air pollution and what are the health effects?

The term ‘air pollution’ is used to refer to substances in the air that have harmful effects on human health, welfare, plant and animal life. Although there are numerous air pollutants that have been associated with significant excess morbidity and mortality, oxides of nitrogen (NOx), ozone, carbon monoxide and sulphur dioxide for example, it is the effects of particulate matter 2.5 (PM2.5) that has the strongest epidemiological link with health outcomes. It is the air pollutant that is most commonly adopted as a proxy indicator of air pollution exposure[4] and has been shown to be associated with a wide range of diseases in many human organ systems.[7,8] PM, a complex mixture of solid and liquid particulates of organic and inorganic substances, is categorised depending on particle size. For example, PM10 is used to refer to particles of diameter less than 10 micrometers (µm). The health impacts of air pollutants are dependent on the size of the particle. PM10, shown to penetrate and lodge deep within the lungs, is strongly associated with short term increase in death rates and exacerbation of some common medical conditions, such as asthma. Elevated concentrations of ambient PM2.5 are even more harmful to health as long term exposure to these smaller particles increases the risk of premature mortality from cardiovascular and pulmonary diseases.[9]

The evidence for these associations is strong with numerous large-scale studies reporting statistically significant impacts on health consistently, regardless of context. The evidence also indicates that there is no safe level of exposure for human health.[4,10] The International Agency for Research on Cancer has categorised airborne PM and ambient air pollution as proven human carcinogens.[11,12,13]

There is increasing concern about the health impacts associated with exposure to nitrogen dioxide (NO2). In 2015, the UK Department of Health’s Committee on the Medical Effects of Air Pollutants concluded that the strength of the evidence on the health impacts of NO2 has strengthened significantly over recent years and, based on the findings, can be considered a cause of certain health effects.[14] This is a particular concern given the very high ambient concentrations of NO2 in many urban areas due to high traffic volumes.

Who are exposed and what are the sources?

Air pollution affects all regions of the world and it is estimated that 92% of the world’s population lives in places where air pollution levels exceed WHO safety limits.2There are however, marked geographical differences in exposure to air pollution. People who live in Africa, Asia or the Middle East are exposed to much higher levels of air pollutants in comparison to those who live in other parts of the world.[15] Motorised vehicles (from petrol and diesel exhaust emissions, break and tyre wear), industries and households emit complex mixtures of air pollutants, all contributing to the levels of ambient air pollution. Most PM comes from fuel combustion, both from mobile sources such as vehicles and from stationary sources such as power plants, industry, households or biomass burning.[16]

Approximately 3 billion people still depend upon solid fuels (i.e. wood, crop wastes, charcoal, coal and dung) in open fires and leaky stoves to cook and heat their homes. The majority of these people are deprived and living in low- and middle-income countries. These practices produce high levels of household air pollution that contains a suite of pollutants known to be harmful to health, including small soot particles that can penetrate deep into the lungs. Poor ventilation can lead to indoor smoke levels reaching 100 times higher than is acceptable for fine particles. Women and young children are at high risk of exposure as they spend most time near the domestic hearth.[17]

A call for action

Action is needed to prevent the huge burden of premature death and ill health attributable to air pollution annually. Addressing the detrimental effects of air pollution poses a unique opportunity for improving health and prosperity worldwide. By adopting initiatives that focus on broader health issues and equity, multiple benefits – such as reducing levels of physical inactivity, obesity and non-communicable disease, social isolation, and climate change mitigation - can be realised also.

The drivers of air pollution are multiple and complex so multi-faceted cross-sectoral initiatives are needed. We must realign the way we design and function in our cities and the way we use resources. Importantly, collaborative working across multiple sectors, and improvement in the application of evidence to improve urban design and transport are pivotal in addressing the inter-related health issues such air pollution, climate change and non-communicable diseases. The evidence demonstrates that land use and transport policies and practices contribute substantially to such health threats.[18-20] For example, the approach to city planning with the greatest potential to produce the largest health benefits is one where walking, cycling and public transport are supported by a safe infrastructure and given prioritisation over private motorised forms of transport.[18-20]

Led by WHO, the Climate and Clean Air Coalition, and the Government of Norway, BreatheLife is a global campaign that advocates for action that prioritises: (1) knowledge sharing between cities; (2) upscaling monitoring; (3) supporting solutions; and (4) educating people and provide examples of city-wide solutions and actions that can be taken by individuals, leaders and the healthcare community.[21]

Since this article was written, The State of Global Air – 2018, an updated assessment of air pollution globally has been published.[22] It shows a continuing upward global trend in pollution both from particulate matter and nitrogen oxides, precursors of harmful ozone. Countries like Pakistan, Bangladesh, and India have seen sharp increases in particulate pollution since 2010, while South and East Asia and tropical Latin America saw the worst upward trends in ozone pollution. Another recent update to the expanding World Health Organisation Ambient Air Quality Database for 2018 found that 97% of cities (those with more than 100,000 inhabitants) in low and middle income countries do not meet WHO air quality guidelines.[23] But even in high-income countries, the proportion is virtually half, 49%. It showed that the ‘environmental inequality gap’ between rich and poor countries has widened.[24] In response to this public health crisis ‘Smog Day’ was launched to raise awareness of those dying prematurely due to poor equality.[25] The day, organised by the New Weather Institute and backed by UN Environment, falls on 5th December, the anniversary of the Great Smog of London in 1952 which led to the passing of the Clean Air Act.

2.WHO (2017). Ambient and household air pollution and health. http://www.who.int/phe/health_topics/outdoorair/databases/en/

4. Dept of Health (2010). The Mortality Effects of Long-Term Exposure to Particulate Air Pollution in the United Kingdom. Committee on the Medical Effects of air pollution. https://www.gov.uk/government/uploads/system/uploads/attachment_data/fi…

22. The State of Global Air – 2018, Health Effects Institute & the Institute for Health Metrics and Evaluation https://www.stateofglobalair.org/

24. Air pollution inequality widens between rich and poor nations, The Guardian, 1 May 2018 https://www.theguardian.com/environment/2018/may/01/air-pollution-inequality-widens-between-rich-and-poor-nations 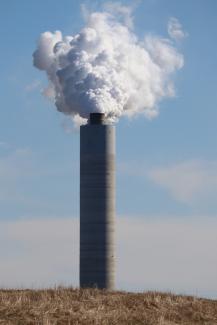