Skip to main content
If you’re thinking about climate, talk about it too: combatting societal denial

Prof Rebecca Willis, Lancaster University, spoke at SGR's Responsible Science conference, and writes here about the challenge of overcoming social denial of the climate emergency, drawing on her new book Too Hot to Handle? The democratic challenge of climate change.

When life gets me down, I go running. I have a collection of comedy podcasts which I plug into, as the dog and I make our way round the local hills at rather a sedate pace. My favourite is a show that is as old as me: the BBC’s I’m Sorry I Haven’t A Clue. It’s a panel of very clever, very funny people doing silly things. For me, it is the best medicine for climate anxiety.

To live in a time of climate crisis is to compartmentalise. If, like me, you spend many of your waking hours thinking about climate, it exerts a heavy toll. The news of what is already afoot: the wildfires, heatwaves, droughts and floods.  The predictions for the future, within my own lifetime, and in the lifetime of my children. The intransigence of the response from politicians, media and many people. It goes round and round in my head, and I have to switch off. When I take time off work, I can feel myself disconnecting from climate change too, and it is a relief.

Responding to climate change is about balancing this dual reality: acknowledging the enormity of climate change, without being overwhelmed. But it is a difficult balance. Those of us who work on climate daily are stalked by it. But most people keep it at a distance, or laugh it off with quips about the end of the world.

When the anthropologist Kari Norgaard went to a Norwegian village to study understandings of climate change, she uncovered a paradox which, for me, is fundamental to understanding our responses. Villagers were aware of, and concerned by, climate change. They had noticed changes to snowfall, and to the ski season that many of them depended on for income. Yet they chose, together, to ignore it. It just wasn’t something that people spoke about.

As Norgaard asked, “how could the possibility of climate change be deeply disturbing and almost completely invisible — simultaneously unimaginable and common knowledge?” She labels this phenomenon ‘societal denial’.

In my own research with politicians, I have seen many examples of this. The politicians I spoke to showed a marked tendency to play down the climate threat. Like Julia (not her real name), a confident politician who expresses her views freely. As we chatted over coffee, she was deliciously unguarded in her opinions of her colleagues, criticising the vast majority of her fellow parliamentarians for not dedicating time or attention to climate. She said that just a few of her six hundred or so colleagues took the issue seriously – “you might not get into double figures”.

And yet Julia knew that she must tread carefully, not for scientific reasons, but sociological ones: she has to fit in. I asked her what would happen if she tried to interject in a debate on budget issues, to persuade her colleagues that fossil fuels should stay in the ground. She replied:  “I think they’d just think that they’d think you were a bit ‘niche’, is the way I’d put it - I say ‘niche’ in quotes like a bit of a lunatic fringe.”

Julia wasn’t the only one who worries about her ‘niche’ reputation. One former MP, who had been an active climate campaigner in Parliament, said “I was known as being a freak”. Another told me about how he tried to avoid being seen as a ‘zealot’. He said he had been arguing for better public transport in his constituency, and I asked him whether he had mentioned climate change. He said he hadn’t: “I think if I had mentioned carbon emissions, there would have been a rolling of eyes and saying, ‘oh here he goes again’.” These remarks were common in my conversations with politicians. Some went as far as deliberately avoiding any mention of climate, for fear that it would be an unhelpful label.

This shouldn’t come as a surprise. As any undergraduate sociologist learns, the way people think and act is conditioned by their social world. We are heavily influenced by our social surroundings, and by implicit rules and norms.

This insight brings with it an important lesson for all of us who are concerned about climate. It can be summed up in one sentence: If you’re thinking about climate, talk about it too.

It’s not an easy thing to do, because by naming climate change you are saying a lot of difficult things about how we live our lives. In the fable of the Emperor’s New Clothes, it is not a coincidence that it was a child who pointed out that the Emperor was, in fact, naked. As Greta Thunberg has demonstrated admirably, children have that enviable ability to ignore social convention, and say what they see. We could all learn from that. You won’t always be thanked for it, but your courage will be noticed.

You can talk to politicians. National leaders, local councillors – any and all elected representatives. Tell them you are worried about climate change, and ask them what they think. The rest of the suggestions below will help you to think about how that conversation might go. The charity Hope For The Future has a brilliant set of resources on its website to help you through the process of asking for, and planning, a meeting.

But don’t stop with politicians. You could raise it at your workplace, talk to your friends, make it clear on social media. In short: fight socially organised denial. Last year, I took a deep breath and chatted to the parents on the touchline when my son was playing football. It was a really positive conversation. Since then, I’ve tried to include it in a lot of general chat. Or rather, I have stopped censoring myself.

The UK charity Climate Outreach has been encouraging people to have these conversations, and researching the impacts. They worked with volunteers who offered to start up conversations, with strangers, family members, acquaintances and work colleagues, and to report back on their experiences. Though it was sometimes hard to start with, participants were glad they had done it. As one said, “talking about it breaks down the isolated feeling, and makes me feel more supported to take action”. This confirms research which suggests that taking action on climate is good for you: it helps overcome feelings of helplessness or grief that may emerge from contemplating something so all-consuming.

Practising what you preach?

This brings me to the all-important question of your own footprint. Of course, we should all be thinking about this.  Your own carbon footprint is a drop in the global ocean. But every drop, like every vote, counts. It counts even more if you talk about it. What better way to talk about the need to reduce aviation than to say that you have restricted your own flying, for work and for holidays? Imagine how powerful it would be if everyone who campaigned for climate action – politicians, business people, celebrities, everyone – made meaningful pledges about what they would do in their own lives. Could you be the person who prompts your organisation to change?

There is a growing band of university researchers who have pledged to stop the wasteful amounts of flying that are currently a normal part of academic life. As a result, new options are opening up. International conferences have been run without air travel – like the 2018 ‘Displacements’ anthropology conference, where online presentations were watched at different regional hubs. When I write research grants, I factor in the time and money for train travel, not flights. I have also done some brilliant research using webinars rather than actual meetings. It’s different, but it can work really well. On one memorable occasion, a workshop participant in California decided to show everyone joining from round the world his beautiful stripy knitted socks. I remember him waving his feet in front of his laptop camera.

It’s not a case of all-or-nothing. My good friend Kate Rawles, an amazing adventurer and climate communicator, has set herself a budget of one flight every three years, and talks about this whenever she can. She says that people find it easier to relate to than stopping flying altogether (in rich countries, at least - it’s always worth adding the caveat that most people in the world have never got on a plane). Similarly, I’m an occasional meat-eater – I don’t think you have to choose between meat every day and a strict vegan diet. Do what you can – and tell people about it. There’s research to show that it makes a difference. As my research shows, people are heavily influenced by their social world. If people they respect have changed their behaviour significantly, this has an impact.

We are now seeing higher levels of concern about climate change than ever before. This is thanks to many brave people who have decided to speak out, and confront societal denial. It’s a lesson that bravery and honesty are as important as technology in the climate struggle.

Rebecca Willis is a researcher with twenty years’ experience in environment and sustainability policy and practice, at international, national and local level. She is a Professor in Practice at Lancaster Environment Centre, and an Expert Lead for Climate Assembly UK, the national Citizens' Assembly commissioned by Parliament. In 2009 Rebecca founded Green Alliance’s Climate Leadership Programme, an initiative to support Members of the UK Parliament, and still supports Green Alliance's work in this area. Previously, she was a member of the Scientific Advisory Committee for the UKRI Energy Programme, Council Member of the Natural Environment Research Council, vice-chair of the UK Sustainable Development Commission, and Director of Green Alliance. 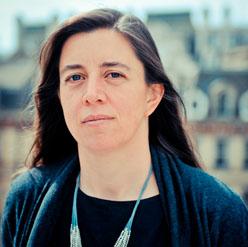