In the first of two articles marking the centenary of former Astronomer Royal, Martin Ryle (1918 – 1984), Dr Alan Cottey describes how, early on, he saw the flaws in nuclear and fossil fuel energy and how renewables were the answer.

(The second article on Martin Ryle, to be published in the summer, will focus on his work on war and peace.)

Sir Martin Ryle is known primarily as a pioneering radio astronomer. Another distinguished astronomer, Michael Rowan-Robinson [1], described him as someone “on whom the establishment had lavished all the prizes and recognition in its gift.” One notices the ‘had’ and asks what happened next.

The answer may be found in the introduction of the Royal Society’s biographical memoir [2] “… turning eventually to a deep concern about the future of mankind in the age of nuclear power and warfare.”One may divide Ryle’s adult life into three phases – radar in World War II, radio-astronomy, and a curtailed third phase (Ryle died relatively early, at age 66) as an anti-establishment researcher, advocate and campaigner on peace and the proper use of science and technology.

The earliest publication (excluding letters) of Ryle’s third phase was on nuclear power [3]. Although the grotesque nuclear arsenals and the associated policies attracted Ryle’s most passionate denunciations, nuclear energy formed a framework for his political thinking. He insisted that the connections between nuclear power and nuclear militarism were fundamental and they corrupted civil society [4]. Nuclei were not an acceptable source of energy, but neither were fossil fuels. This was not for today’s consensual reason, namely climate change [5]. The generally incisive Ryle was not one of the few scientists who took seriously that possibility. Like most at the time, following the 1973 global oil crisis, he was influenced by the prospect of exhaustion of fossil fuel reserves - even coal in the longer term.

He was thus led to advocate more research into renewable energy sources and efficient energy use. Despite his ill-health, he and a small team produced a couple of important works on renewable energy [6, 7].  These emphasise the role of short term heat storage in making alternative energy sources, especially wind,more viable. These proposals may, in some respects, still be ahead of their time. They were far ahead in the 1970s. Musgrove [8] reports how the UK government’s Department of Energy ranked five principal sources of alternative energy in the order wave (most promising), solar heat,geothermal, tidal, wind (least promising) . Ryle is given credit for promoting the case for wind power, which has become a leading renewable energy source today.

The relevance today of Ryle on energy

I identify three main ways in which Ryle’s work on energy is important today – historic, holistic and moral. The energy work is of historic importance because it was done in a short period (around 1976 to 1984) and the thinking of that time differed remarkably from today’s thinking. Then, wind was considered to have poor prospects and photovoltaics (PV) were widely expected to continue in their niche role. Today, according to the global renewable energy report REN21 [9], of the 161 GW of global newly installed renewable power capacity in 2016, 47% was solar PV and 34% wind power. And, as already noted, the need to move away from fossil fuels was for a reason, exhaustion, that is not now seen as paramount [5]. These examples warn us that some of our current ideas will soon appear misguided. If only we knew which ones!

Ryle’s energy work was holistic in that he saw the importance of addressing the renewable sourcing, efficient use and storage of energy as an interconnected system.

Finally, and characteristically, he turned to the study of all aspects of energy as a moral issue, a personal imperative to contribute to resolving the great practical problems created or exposed by scientific knowledge and technique. He was intense and sometimes intemperate [2]. Perhaps this was the price of being more than simply a brilliant scientist and engineer.

Dr Alan Cottey is secretary of the Martin Ryle Trust. 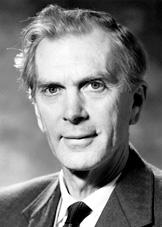