Scientists for Global Responsibility (SGR) is deeply saddened by the death yesterday of Prof Sir Tom Kibble, the celebrated physicist and one of our long-standing sponsors.

Although he is best known for ground-breaking research which contributed to the discovery of the Higgs boson, Prof Kibble was also a staunch supporter and campaigner for nuclear disarmament. Indeed, he was Chair of Scientists Against Nuclear Arms – SGR’s predecessor organisation – from 1986 to 1991, as well as taking in part in SGR’s activities opposing the planned replacement of Trident, the UK’s nuclear weapons system, right up until his death.

He was also deeply concerned about the wider responsibilities of scientists, and was an active member of the British Society for Social Responsibility in Science in the 1970s as well as a trustee of The Martin Ryle Trust.

1. A short biography for Tom Kibble is provided below.

2. Scientists for Global Responsibility (SGR) is an independent UK membership organisation of about 750 natural and social scientists, engineers, IT professionals and architects. It was formed in 1992. SGR’s work is focused on several issues, including security and disarmament, climate change, sustainable energy, and who controls science and technology? For more information, see /

3. More details about The Martin Ryle Trust can be viewed at:
/pages/martin-ryle-trust

Tom Kibble studied mathematics and physics at Edinburgh University and obtained a PhD in mathematical physics in 1958, working on some aspects of quantum field theory. He then spent a year as a Commonwealth Fund Fellow at the California Institute of Technology, before coming to Imperial College as a postdoctoral fellow. In 1961 he joined the staff as a lecturer, and was made Professor of Theoretical Physics in 1970. From 1983 to 1991 he was Head of the Physics Department. He retired in 1998 and was an Emeritus Professor and Senior Research Fellow until his death.

Tom Kibble's main research interests were in quantum field theory, the theory of elementary particles and their interactions, especially on the phenomenon of spontaneous symmetry breaking and its implications, both in cosmology and in condensed-matter physics. He was elected a Fellow of the Royal Society in 1980, awarded a CBE in 1998 and a knighthood in 2014.

During the 1950s and 60s, Tom Kibble, like many other physicists, became increasingly concerned about the military applications and militarisation of science and about the dangers inherent in the nuclear arms race, especially following the close shave with global disaster of the 1962 Cuban missile crisis. One of the main issues at the time was the effects of fallout of radioactive material from atmospheric testing of nuclear weapons, leading to the long and ultimately successful campaign to ban nuclear tests in the atmosphere, and eventually all nuclear tests above a very low threshold.

Tom Kibble joined the British Society for Social Responsibility in Science (BSSRS) soon after it was formed, and was a member of its National Committee from 1970 to 1977, and chair from 1974 to 1977. He was also an early member of Scientists Against Nuclear Arms (SANA), SGR's predecessor, on the National Coordinating Committee from 1981 to 1991 and chair from 1985 to 1991. One of his contributions was to chair the organising committee of the Second International Scientists' Congress, Ways out of the Arms Race, held at Imperial College in 1988. He was a trustee of both the Science and Society Trust and the Martin Ryle Trust associated with SGR. 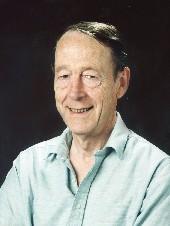