In the wake of the inconclusive general election result and bearing in mind the forthcoming Brexit negotiations, we are writing to leaders of UK parliamentary parties to urge you to unite around a common cause – tackling climate change – as a way of helping to provide major economic, social and environmental benefits at this time of uncertainty. Not only does there continue to be there very strong scientific evidence on the urgency of this global threat, but measures to tackle it offer major opportunities to exploit science and technology to create jobs, tackle fuel poverty, reduce local air pollution and provide many other co-benefits for British society. The UK could capitalise on the renewed international commitment to tackling climate change in the wake of the ill-informed decision of President Trump to withdraw the USA from the Paris Agreement.

We have noted the widespread commitment to tackling climate change in the party manifestos. While there is some diversity in the approaches, there are many common factors. Hence, as a priority, we urge strong support for:

We further recommend the following additional actions, which we strongly believe will complement those above:

Finally, we urge you to use any political influence you have in the USA to try to convince President Trump that climate change is a serious threat to his country as well as the world, and that his government needs to change course. Indeed, his failure to support cleaner industries in his own country is very likely to have a negative impact on the economy there.

We would be interested to hear your thoughts on our recommendations. 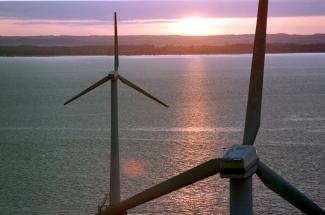