Skip to main content
"Unaffordable" and "unachievable": the continuing problems of Trident renewal

SGR has published a range of reports and articles about the huge risks caused by continued deployment of the UK’s nuclear weapons. [1] But in this article we want to focus on the rapidly rising costs and technical difficulties involved in the renewal of the Trident system.

The main element of this programme is the construction of four new nuclear-armed ‘Dreadnought class’ submarines. The budget allocated to this project by the government in 2015 was £31bn, together with an unprecedented £10bn Treasury-guaranteed contingency fund. [2] Other elements of the renewal programme include:

It is also important to note that Trident renewal is only part of what the government calls the Defence Nuclear Enterprise (DNE), which also includes other nuclear-powered, but conventionally-armed, submarines (Astute class and Trafalgar class) and the various supporting organisations. Overall, the ten-year budget for this enterprise is a whopping £51bn, over a quarter of Britain’s planned spend on military equipment. [3]

In May 2018, the National Audit Office (NAO) – the parliamentary watchdog which assesses the delivery of government programmes – published a review of the DNE. [4]  It highlighted an “affordability gap” of £2.9bn over the period 2018-28, as well as the decision by the government to use £0.6bn of the contingency fund to help manage budgetary problems this financial year. In November, the NAO published a review of the whole military equipment plan. [5]  It described the plan as “unaffordable” pointing to an expected shortfall of £7bn over the next ten years and the distinct possibility that this could rise to £15bn under unfavourable circumstances. The projected overspend on the nuclear programmes was high among the NAO’s concerns.

A recent report [6] from the British American Security Information Council (BASIC) has drawn together the latest information about the cost increases, and estimated that capital cost of Trident renewal has now grown to £47.3bn. The largest cost increases over and above the budget for the nuclear programme arise from a two-year delay – leading to an extra £2bn required for life extension work for the existing Vanguard class submarines – and the post-Brexit referendum depreciation of the pound against the dollar which is estimated to add a further £2bn to components being made in the USA, such as missile tubes. [7]

Once running costs – of approximately £2.2bn a year from 2030 to 2060 – are added, the lifetime costs of the programme grows to over £110bn. Decommissioning costs are an additional burden.

So, even if you support the Defence Nuclear Enterprise, the costs are staggering – but there is even worse news...

In July, the Infrastructure and Projects Authority (IPA) – a high-level watchdog which reports to HM Treasury and the Cabinet Office – published its annual report [8] which included a damning assessment, especially of the Dreadnought submarine project. The project was “in doubt, with major risks or issues apparent in a number of key areas. Urgent action is needed to address these problems and/or assess whether resolution is feasible.” On the project to build the new nuclear reactors for the submarines, the IPA was even more critical. “Successful delivery of the project appears to be unachievable. There are major issues with project definition, schedule, budget, quality and/or benefits delivery, which at this stage do not appear to be manageable or resolvable.”

You’d think it couldn’t be any worse for a programme than being well over-budget, delayed, and labelled “unachievable”. But there is worse. There are also the often-forgotten costs of the Defence Nuclear Enterprise: liability for the decommissioning and disposal of 30 submarines. These costs are currently estimated at £10.3bn – a figure which has nearly trebled since 2015. [9]

The NAO has highlighted a factor central to all these ongoing problems. “Having insufficient skilled staff,” it says, “remains a risk across the Department… sustaining sufficient civilian and military nuclear staff remains one of the Enterprise’s top strategic issues”. [10]

This raises another issue, which has been highlighted by researchers at Sussex University. [11] They argue that a key reason why the government decided to go ahead with astonishingly expensive subsidies for the new Hinkley C nuclear power plant was related to maintaining UK nuclear skills which could also help underpin the Trident renewal programme.

SGR has long argued that the UK should stop using science and technology to support aggressive military postures and that there are clear benefits both in terms of security and cost of moving to genuinely defensive approaches based on the concept of ‘sustainable security’. [12]  Nuclear weapons are the epitome of an unsustainable security strategy and create enormous risks for humanity and the global environment.

It is now also abundantly clear that technical and cost management problems are a major issue for Trident renewal. The case for abandoning this grandiose project – and committing the UK to a future without weapons of mass destruction – is becoming stronger by the day, especially as the UN Treaty for the Prohibition of Nuclear Weapons approaches ‘entry into force’. Now is the time to take this bold but crucial step.

[3] NAO (2018a). The Defence Nuclear Enterprise: A landscape review. https://www.nao.org.uk/wp-content/uploads/2018/05/The-Defence-Nuclear-Enterprise-a-landscape-review.pdf 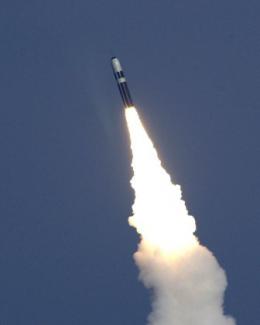