Skip to main content
UK nuclear weapons: a catastrophe in the making?

This report updates and summarises the latest scientific and technical information about the risks posed by the continued deployment of the UK's nuclear weapons. It highlights the following.

SGR's other work on the nuclear weapons threat can be viewed at:
/projects/nuclear-weapons-threat-main-outputs 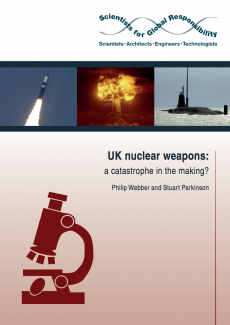