Skip to main content
135 reasons not to replace Trident

Dr Philip Webber, SGR, reports on important UN discussions, ignored by the UK media, which are critical for the upcoming decision on the replacement of Britain’s Trident nuclear weapon system.

During 2013 and 2014, SGR supplied information [1] to support a series of intergovernmental conferences to highlight the devastating impacts should nuclear weapons be used. Most UN states have become increasingly frustrated with the lack of progress in recent decades with global nuclear disarmament, despite the clear legal requirement in the Nuclear Non-Proliferation Treaty (NPT) of 1968.

A coalition of non-nuclear-weapons states, originally led by Norway, Mexico and Austria – and now with 135 supporters [2] – formed to start a new UN disarmament process. After an even more ineffective NPT review conference than usual in May 2015, matters came to a head in early November at the UN General Assembly.

The Assembly’s disarmament and international security committee adopted four ground-breaking resolutions [3] by very large majorities: two on the catastrophic humanitarian consequences of nuclear weapons; one on an ethical imperative for nuclear disarmament; and one to commence formal negotiations towards a nuclear weapons ban treaty. Shockingly, the UK, voted ‘no’ to every single proposal. Among the other nuclear weapons states, Russia, China, the USA, France and Israel also voted ‘no’ to the ban proposal, joined by most Eastern European states bordering Russia. Nuclear-armed India and Pakistan both abstained, as did all other NATO countries.

The ‘no’ votes, and statements issued to explain them, expose underlying power plays. The USA, UK and France issued a joint statement [4] explaining why they voted ‘no’ to resolutions 37, 38 and 40: “We agree … that devastating humanitarian consequences could result from the use of nuclear weapons.” But:“We believe a ban on nuclear weapons risks undermining the NPT, creating a far less certain world of the sort we inhabited before the NPT’s entry into force…”

The aim of a ban treaty is to make nuclear weapons equivalent to chemical and biological weapons of mass destruction (WMDs) – i.e. beyond acceptability in manufacture, possession or deployment. It would “undermine” the NPT only in the sense that this treaty is being used as a means of legitimising the possession of nuclear weapons by some states for their “security” while denying them to all other states on the same grounds. This situation has been likened to “nuclear apartheid” by South Africa. [5]

Importantly, the strong support for a nuclear ban treaty creates a further reason for the UK not to replace its Trident nuclear weapons system – on which a final parliamentary vote is due to take place soon.

A ban treaty would make nuclear weapons unambiguously illegal for very good reasons. The UK, which states that it considers legal dimensions in relation to much less destructive conventional weaponry – for example, in air strikes by Tornadoes or Reaper drones in Iraq – must seriously reconsider the legality of replacing Trident. Also, by choosing not to replace Trident, the UK would regain some moral status by joining a new multilateral movement to make the world safer from the clear and present danger of nuclear holocaust by miscalculation, hacking or mistaken retaliation. There would also be the release of an estimated £160bn [6] for a whole range of better alternative uses.

3. The four resolutions discussed in the article are numbered 13 (Rev.1), 37, 38 and 40. The text of all resolutions, the breakdown of the voting, and national explanations of voting decisions can be found at:
http://reachingcriticalwill.org/disarmament-fora/unga/2015/resolutions

5. South African statement at 2015 NPT Review Conference (p.3): “Given that 45 years have now passed since the entry-into-force of the Treaty, we can no longer afford to strike hollow agreements every five years which only seem to perpetuate the status quo. The time has come to bring a decisive end to what amounts to ‘nuclear apartheid’.” http://www.un.org/en/conf/npt/2015/statements/pdf/ZA_en.pdf

6. This is the latest estimate of the lifetime costs of replacing Trident, by Crispin Blunt MP, based on figures released to parliament in October 2015. The total includes the costs of building four new submarines, plus annual running costs (including operating the Atomic Weapons Establishment) up to 2060. http://www.blunt4reigate.com/news/figures-show-crippling-costs-renewing-trident 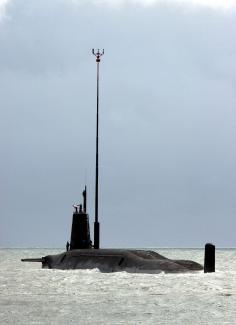