Skip to main content
Science in the Trump-May era

Dr Stuart Parkinson, SGR, outlines key challenges to progressive science from the Trump and May governments.

It would be safe to say that no one predicted that both Donald Trump and Theresa May would become leaders of their respective nations in 2016. But now they have, what does this mean for the funding and management of science and technology within their countries – and how much of their agendas are shared?

Trump’s disdain for evidence-based science is well illustrated by his comment that “the concept of global warming was created by… the Chinese… to make US manufacturing non-competitive”.1 Since his election, he has followed through this thinking by nominating hard-line climate sceptics to key posts in his administration, including Scott Pruitt as head of the Environmental Protection Agency and Rex Tillerson, former CEO of ExxonMobil, as Secretary of State.2,3 Not only is there the real possibility that government support will be shifted from renewable energy to fossil fuels and the US will withdraw from the Paris Climate Agreement, there is the concern that NASA’s earth science programmes – which include some of the world’s most extensive monitoring of climate change – could be cut. Some scientists within that programme are so worried, they have begun creating back-ups of key climate data on independent computer systems.4

But things are even worse. The new Secretary for Education is Betsy DeVos – a religious hardliner who reportedly does not believe in evolution.5 The damage she could do to standards of US science teaching are enormous.

One funder of research, however, is likely to benefit considerably from the Trump presidency: the military. US military R&D spending is already huge – amounting to more than 50% of the total federal science budget,6 including a large fraction for the ‘modernisation’ of nuclear weapons – but Trump has promised even more.

How different is May?

On the face of it, Theresa May’s government has a rather more progressive approach to science and technology. There is an acceptance of the major threat of climate change, the budget for the UK’s ‘science base’ has been increased in the wake of the Brexit vote, and national targets for carbon emissions are stronger than for most industrialised nations.

However, there are still significant problems – which could grow as political and economic ties increase as Brexit proceeds. Military R&D spending is increasing again – with nuclear weapons being the largest component6 – while policies for tackling climate change remain inadequate.7 The government is also trying to push through parliament a controversial bill on higher education and research which could fundamentally undermine the independence of British universities.8

The marked shift in the governments of the USA and UK in the last year present an enormous challenge to the progressive science agenda in both countries. Scientists, engineers and their allies will need to work harder than ever to change these retrograde policies. 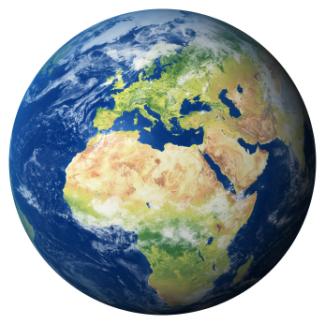