Scientists for Global Responsibility (SGR) welcomes the entry into force of the UN Treaty on the Prohibition of Nuclear Weapons.

The treaty bans the production, testing, possession and use of nuclear weapons by signatory nations, along with other activities that could enable or assist any other nation to acquire or use these weapons of mass destruction. The treaty now puts nuclear weapons in the same category as other weapons of mass destruction – i.e. biological and chemical weapons – which are banned by international treaty.

The treaty is the culmination of the efforts by campaigners led by ICAN (the International Campaign to Abolish Nuclear Weapons) – 2017 recipient of the Nobel Peace Prize – of which SGR is a partner organisation.

Dr Philip Webber, Chair of SGR, said, "Since SGR's forerunner Scientists Against Nuclear Arms was formed in 1981, we have argued that nuclear weapons pose an unacceptable threat to human civilisation and indeed all life on Earth. There are still currently 1,800 nuclear weapons deployed and ready to fire at short notice – and some of these deployed by the UK. We strongly urge the UK government and other nuclear nations to support this treaty."

SGR has signed an open letter to the UK Prime Minister - together with other ICAN partners in the UK - calling for the government to support the treaty.

1. The Treaty on the Prohibition of Nuclear Weapons was agreed by the UN in 2017. 86 nations have signed the treaty to date, with 51 ratifying. For more details on the treaty and the wider campaign, see: https://www.icanw.org/the_treaty

2. Scientists for Global Responsibility (SGR) is a UK membership organisation promoting responsible science and technology. Its 700 members include natural scientists, social scientists, engineers and others with expertise in peace and environmental issues. SGR has been a partner organisation of ICAN from soon after it was formed. For more information, see: https://www.sgr.org.uk/

3. The text of the letter from UK ICAN partners to the UK Prime Minister can be downloaded here.

4. Dr Philip Webber, a physicist by training, has written and campaigned about the threat from nuclear weapons for 40 years. He is an author of the 1982 book, London After the Bomb, as well as numerous SGR briefings and articles on the issue, including some used by ICAN in a range of international meetings in Norway, Mexico and Austria in the run up to the agreement of the treaty. For a list of SGR’s key outputs on nuclear weapons, see: https://www.sgr.org.uk/projects/nuclear-weapons-threat-main-outputs 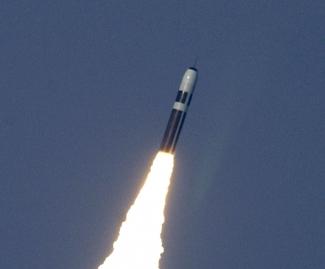