Skip to main content
SGR statement for the March for Science

Scientists for Global Responsibility (SGR) supports the March for Science - science for all, not just those in power.

Scientists for Global Responsibility (SGR) supports the March for Science, taking place around the world on 22 April 2017.

Of the core principles of the march, we wish to emphasise our support for ‘science that serves the common good’ for ‘all… not just those in power’. In particular, we think that independence, openness and pluralism in science are very important.

In the USA, we are starting to witness the immense damage being done by a government that ignores robust evidence, cuts funding, deletes data, and suppresses discussion of science that it disagrees with. It dismisses climate science as ‘politicised’ yet increases the already huge funding for military science because it somehow considers that is not political. The example this sets for the world is hugely damaging. A wide range of scientific work needs to be funded, not based on whether it simply provides support for pre-conceived government policies, but whether it is of good quality and is of value across society.

But the current US government – or indeed any other government – is not the only problem. Large corporations have immense and increasing power to shape the research agenda, fund and defund individual studies, publish or not publish results, and run public relations campaigns about which scientific evidence should be believed. This power needs to be reined back. We need more safeguards to protect our scientists and their work from undue influence. We need a range of funding sources, representing a range of interests, so that scientists are not overdependent on any single source. We need openness about funding sources. We need transparency throughout the scientific process. For proposed new technologies, we need research about both the potential advantages and the potential disadvantages (including side-effects) – and we need research on possible alternatives.

In recent years, universities in many parts of the world have ceased to take funding from tobacco corporations – partly because smoking is such a major cause of ill-health across the world, but mainly because this industry has supported so much research and public relations effort aimed at discrediting medical evidence of the harm that smoking does.

There are other powerful funders of science that also need to be challenged in similar ways. Some fossil fuel industry interests have used the tactics of the tobacco industry to undermine climate science. Meanwhile, many military and arms industry interests import secrecy into our universities, undermining essential debate about the potentially negative impacts of their technologies.

As science and technology professionals, we need to stand up to these interests as well. To deal successfully with the threats of nuclear war, climate change, poverty and many other global problems, our society deserves nothing less.

About Scientists for Global Responsibility

SGR is an independent UK membership organisation of natural scientists, social scientists, engineers and others in related professions. Formed in 1992, we promote science, design and technology that contribute to peace, social justice, and environmental sustainability. We currently have about 750 members. For more information, see: / 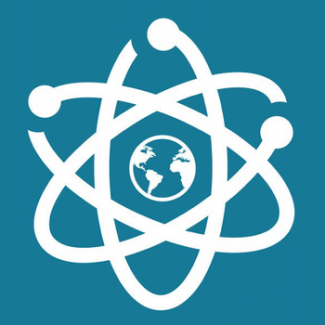 Issues
Who controls science and technology?
Types
Other documents