This year's recipient is the International Campaign to Abolish Nuclear Weapons (ICAN), of which SGR is a partner organisation.

Scientists for Global Responsibility (SGR) is proud to be one of the partner organisations of the International Campaign to Abolish Nuclear Weapons (ICAN), awarded the Nobel Peace Prize 2017. This award is recognition of the efforts of hundreds of civil society organisations across the world who have worked together with sympathetic governments to bring about the UN Treaty for the Prohibition of Nuclear Weapons (TPNW), agreed in July this year.

SGR’s work is this area is led by Dr Philip Webber, Chair of SGR. He has published research on the risks and impacts of nuclear weapons since the early 1980s, and some of his latest research – published in conjunction with the organisation, Article 36 – was presented at the preparatory intergovernmental conferences in Norway, Mexico and Austria, which led to the drafting of the TPNW.

He said, "The Nobel award is recognition of the importance of renewed progress on nuclear disarmament. A majority of nations now acknowledge that for human civilisation to survive we must eliminate nuclear weapons. Only the nuclear-armed states fail to acknowledge the extreme danger that their weapons pose for all nations of the world. A nuclear detonation anywhere would be a humanitarian catastrophe. A ‘regional’ nuclear conflict would kill tens of millions directly and cause massive climate disruption, leading to a global famine threatening billions. A larger nuclear conflict would wipe out civilisation and possibly lead to the extinction of the human species.”

Dr Webber added, “The current doctrine of nuclear deterrence cannot deter accidents or miscalculations. Sooner or later it will fail and the current crisis over the Korean peninsula illustrates the extreme risks.”

He concluded, “We strongly urge the UK to take a leadership role in reducing the threat from nuclear weapons. An important action would be to sign the TPNW and negotiate step by step reductions in its nuclear weapons as part of this multilateral disarmament process."

SGR has published a wide range of materials on the threat from nuclear weapons since its formation 25 years ago. It will be discussing these and related issues at its 25th anniversary conference on 28th October in London.

2. Scientists for Global Responsibility (SGR) is an independent UK membership organisation of about 750 natural scientists, social scientists, engineers, and other professionals in related areas. It was formed in 1992. SGR’s work is focused on a range of issues, including security and disarmament, climate change, sustainable energy, and who controls science and technology? For more information, see /

3. SGR’s work on nuclear weapons can be found at: /projects/nuclear-weapons-threat-main-outputs

4. SGR’s 25th anniversary conference is entitled ‘Creating a better world: Some lessons for the next 25 years.’ For more details, see: /events/creating-better-world

6. The text of the UN ‘Treaty to Prohibit Nuclear Weapons’ can be downloaded from: https://www.un.org/disarmament/ptnw/ 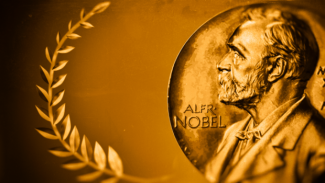