Responsible Science is SGR’s journal in which we explore some of the biggest ethical challenges facing science and technology today. It comes with membership of SGR and keeps you up-to-date with what we’re doing as an independent, membership organisation made up of hundreds of natural scientists, social scientists, engineers and people who are simply interested. Contents include in-depth feature articles, reviews, and news on SGR's activities.

To order a printed or pdf copy, please contact us 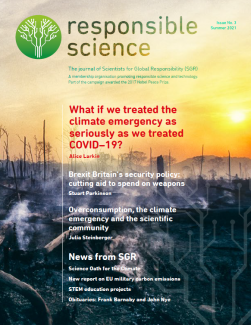